In January 2021, 39 assassination operations and 28 attacks occurred over the month. Almost half of the attacks were against regime points in response to the regime’s military escalation on Tafas in late January, while many of the assassination operations took place in western Daraa between rival armed actors in the area. Almost half of all assassination operations over the previous month targeted former opposition figures, including those who have settled their status and are collaborating with regime forces. ISIS cells perpetrated the highest number of assassinations, evidence of their continually expanding presence in the area, oftentimes with the regime’s tacit support. In total, there have now been 723 assassinations and 513 attacks in the south-west since the July 2018 settlement agreement, with instability and cyclic violence continuing to worsen. 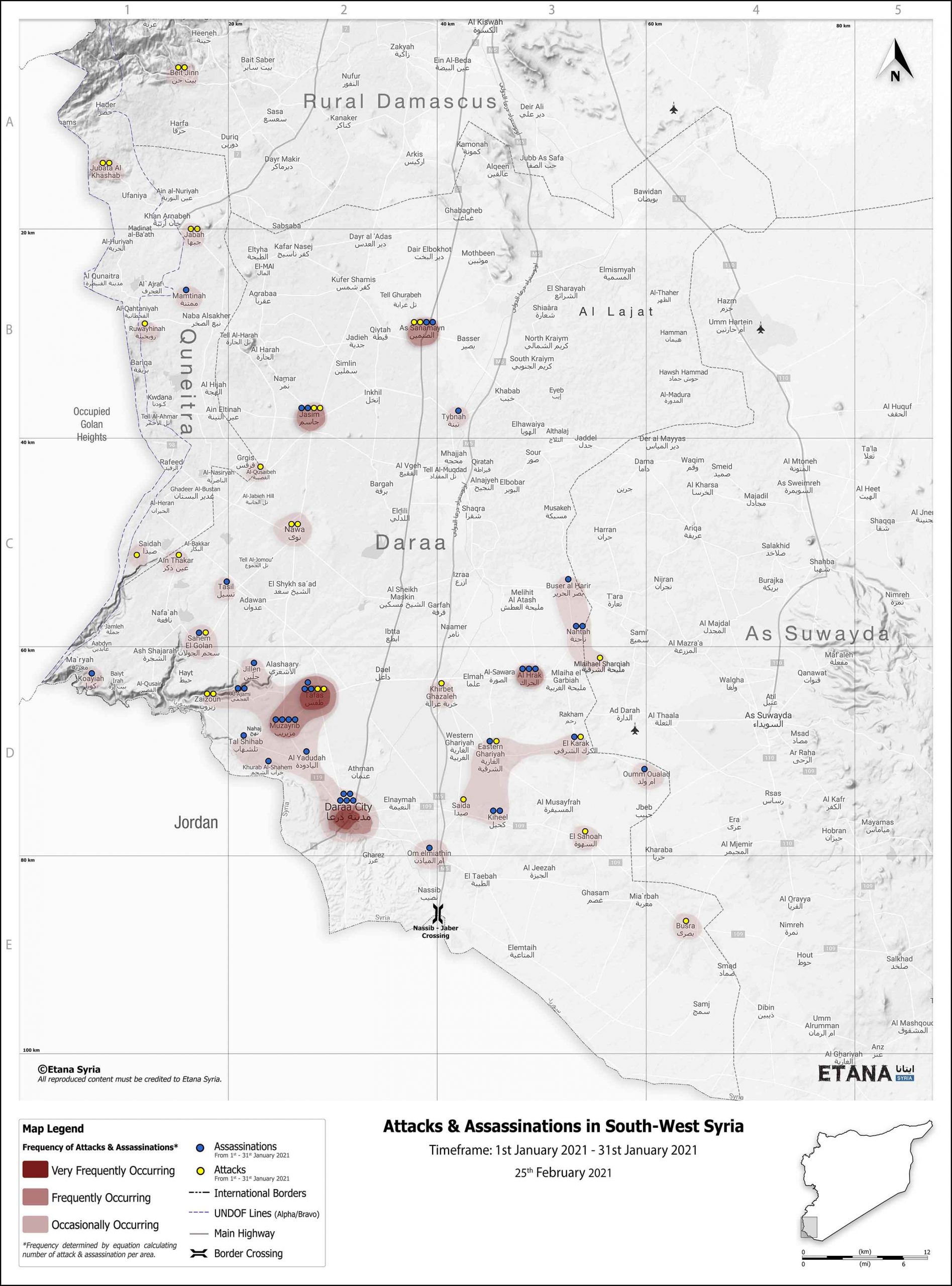