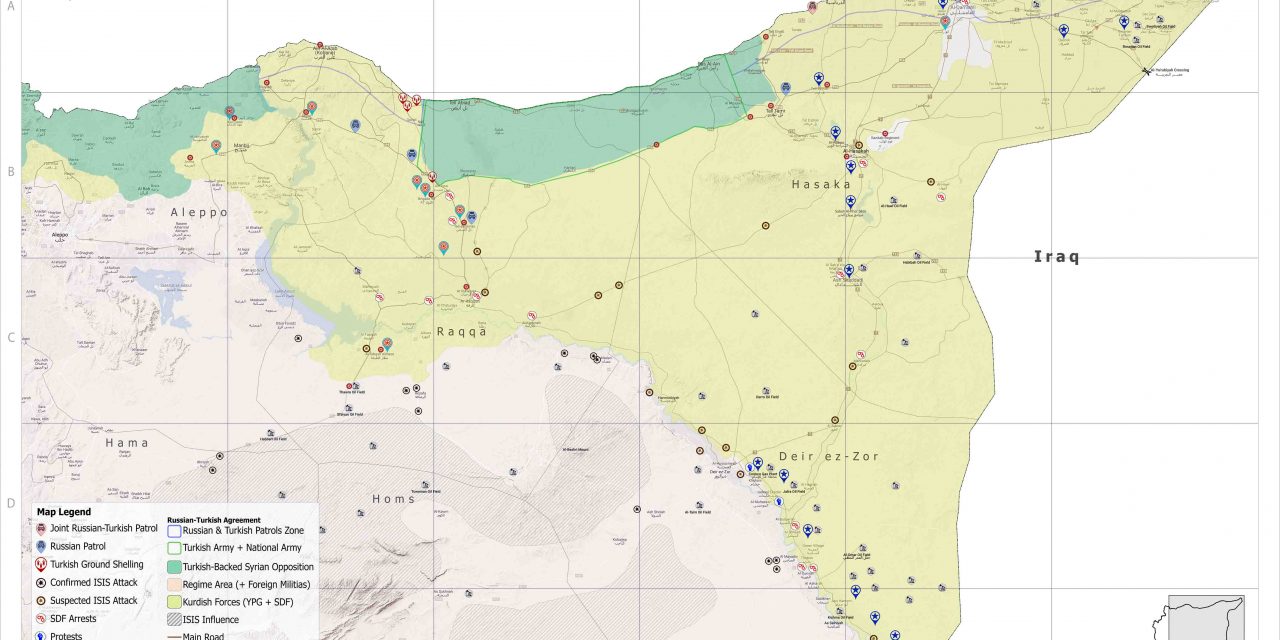 Tensions have grown in north-east Syria in recent weeks, with several instances of violence raising concerns across the area. An artillery strike originating from SDF territory landed in a civilian area of Afrin, killing at least 13 and injuring scores of others. As tensions boil between the SDF and Turkish-backed opposition factions, ISIS strikes against all conflict parties grow in frequency—with relatives of ISIS fighters languishing in squalid conditions inside the al-Hol camp as authorities move slowly to clear the camp. In addition, relations remain terse between Arab tribes and Kurdish-led authorities in north-east Syria, with protests continuing in response to allegations of SDF corruption and shortages of flour, fuel and basic goods. 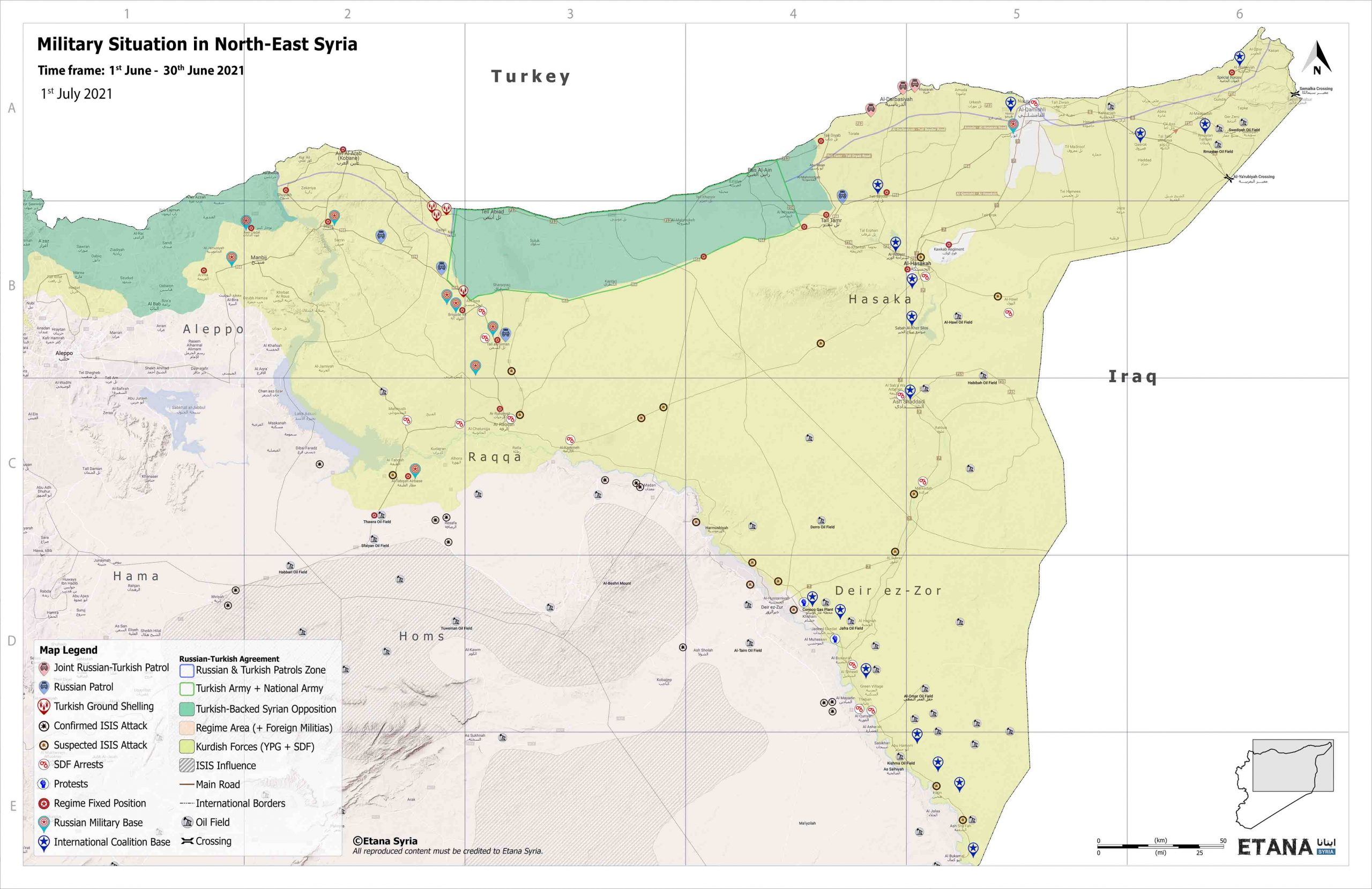