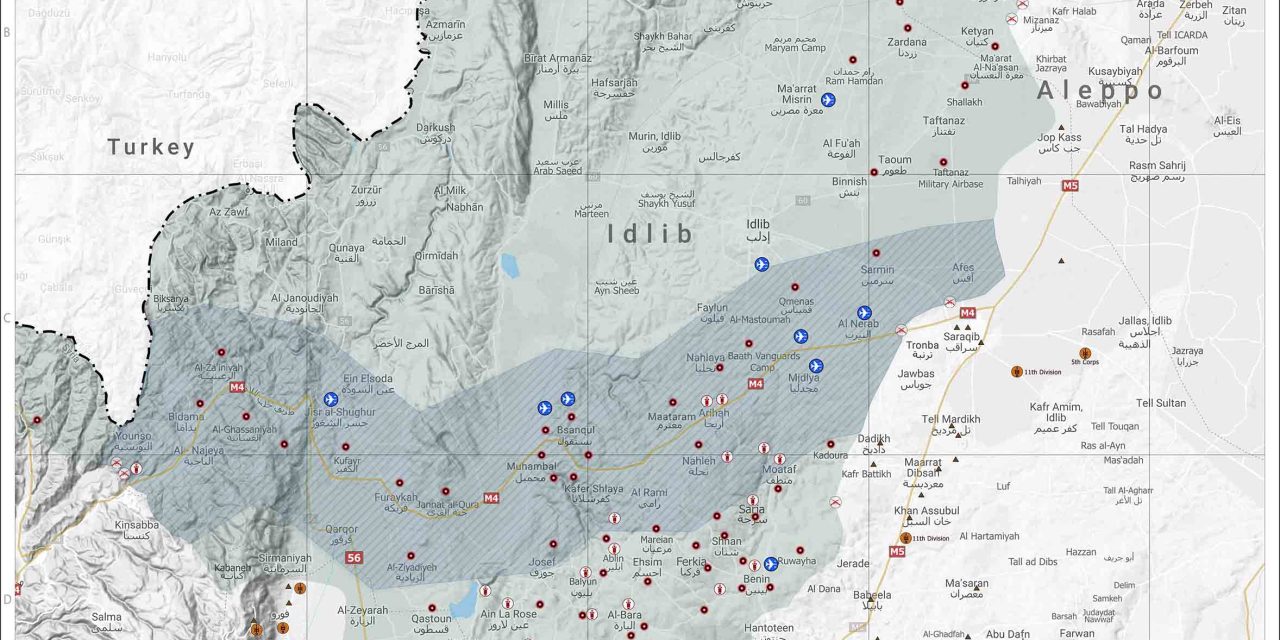 Tensions continue to simmer between Turkish and pro-government forces along the demarcation line, with largescale troop buildups across northwest and northeast Syria underscoring the risk of escalation from both sides. In recent weeks, additional Turkish convoys have continued to transport military reinforcements, equipment, and construction materials to military points in the Idlib countryside, while the regime has moved additional allied militia groups to the frontlines in the eastern Aleppo countryside. Although full-scale war remains unlikely for now, the regime’s bombardment of sites near the Turkish Nabi Ayoub military base demonstrate the very real risks of escalation. Meanwhile, Russian and regime bombardment of civilian sites across the northwest continues on a nearly daily basis, with deaths and injuries disproportionately affecting women and children.

Attached Map: Military Situation in North-West Syria – 13th December 2021
(The timeframe for this report is the month of November 2021) 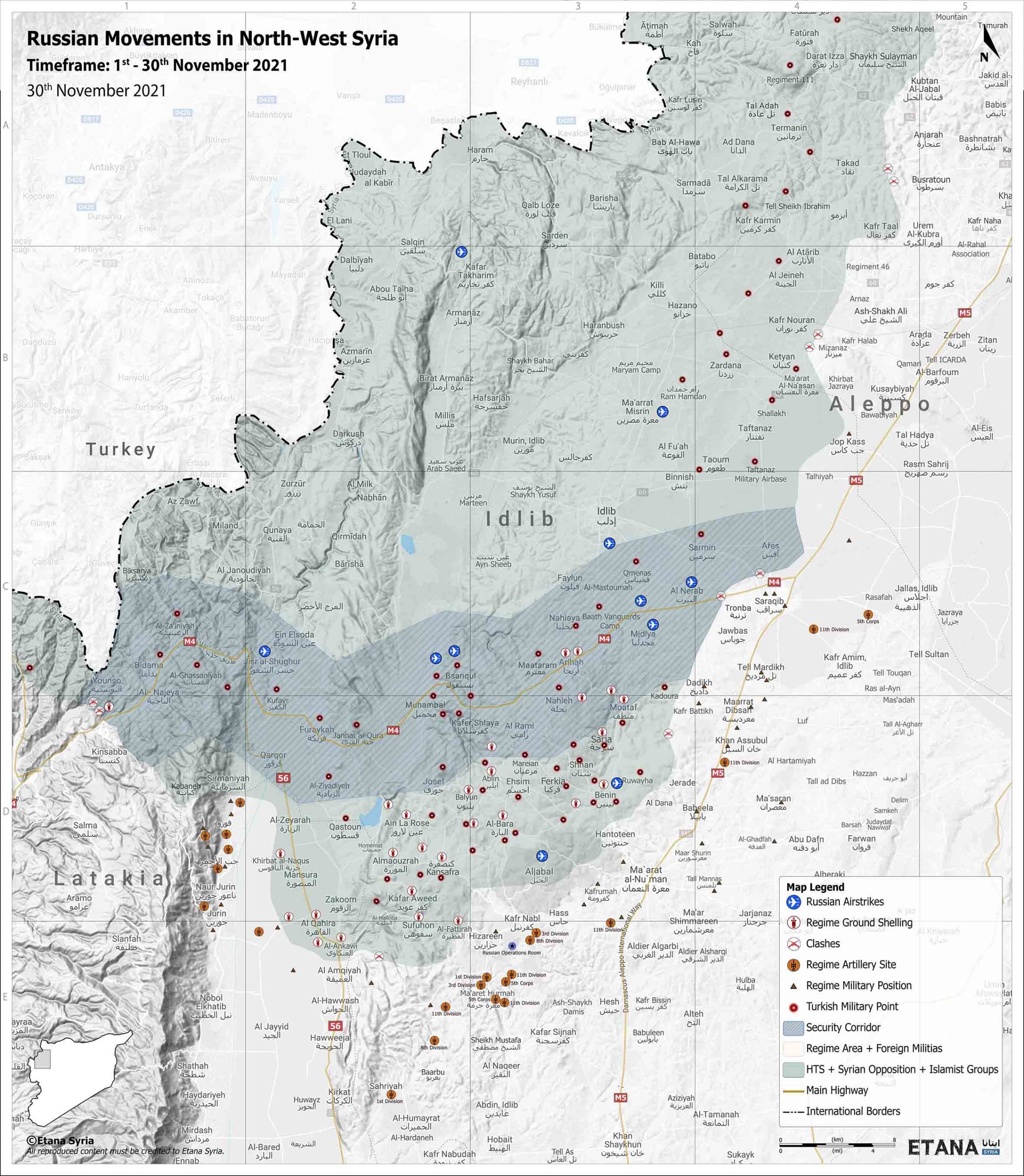