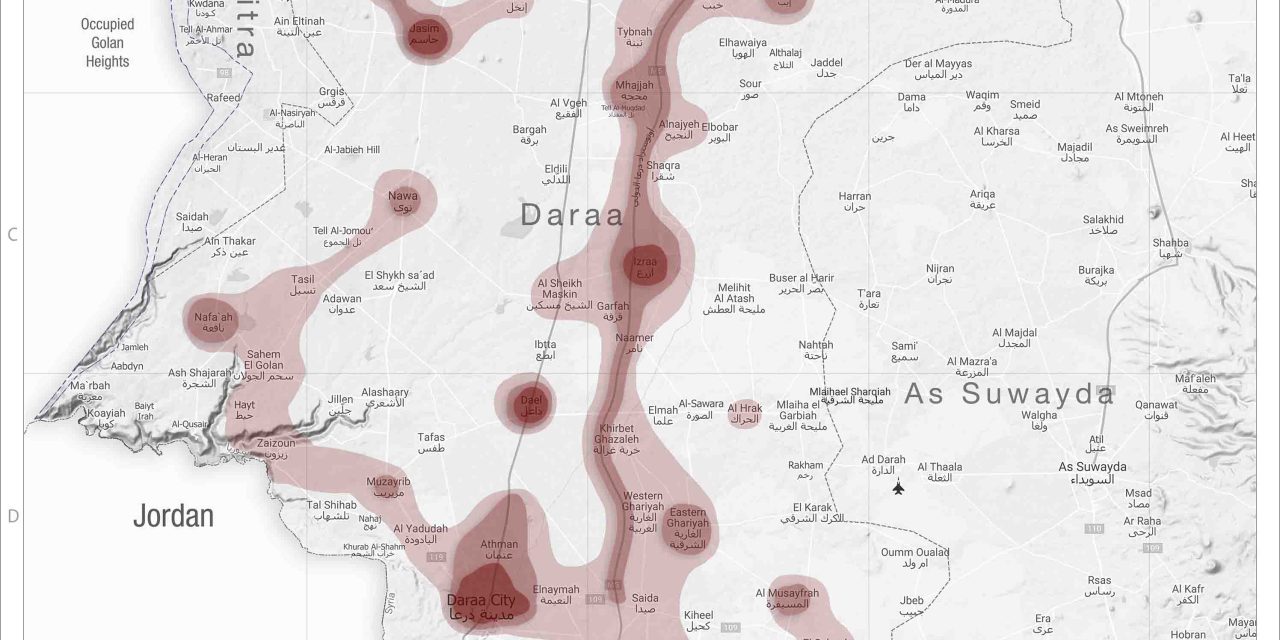 In 2021, the regime arbitrarily arrested 220 residents from the south, the majority of them former opposition and civilians. While arbitrary arrests by intelligence apparatuses remain a major protection concern in south Syria, arrests in the south saw a slight decline from previous years due to a range of factors.  Popular anger against the regime’s policy of conducting arbitrary arrests and community pressure for the immediate release of those most recently detained, contributed to a slight decline in regime arrests. Residents of south Syria, especially those wanted by the regime for military conscription, have also learnt to restrict their movement to avoid regime checkpoints where arrests commonly occur. However, residents still have an acute fear of being arbitrarily arrested by regime forces in south Syria, but have managed to adjust their lives to manage this threat to their safety.  It is also notable that despite the significant presence and destabilizing activities of ISIS cells across the south, the regime arrested less than ten ISIS members this past year. Instead, the regime primarily utilizes arbitrary arrests as a punitive tactic to threaten communities and suppress dissent. 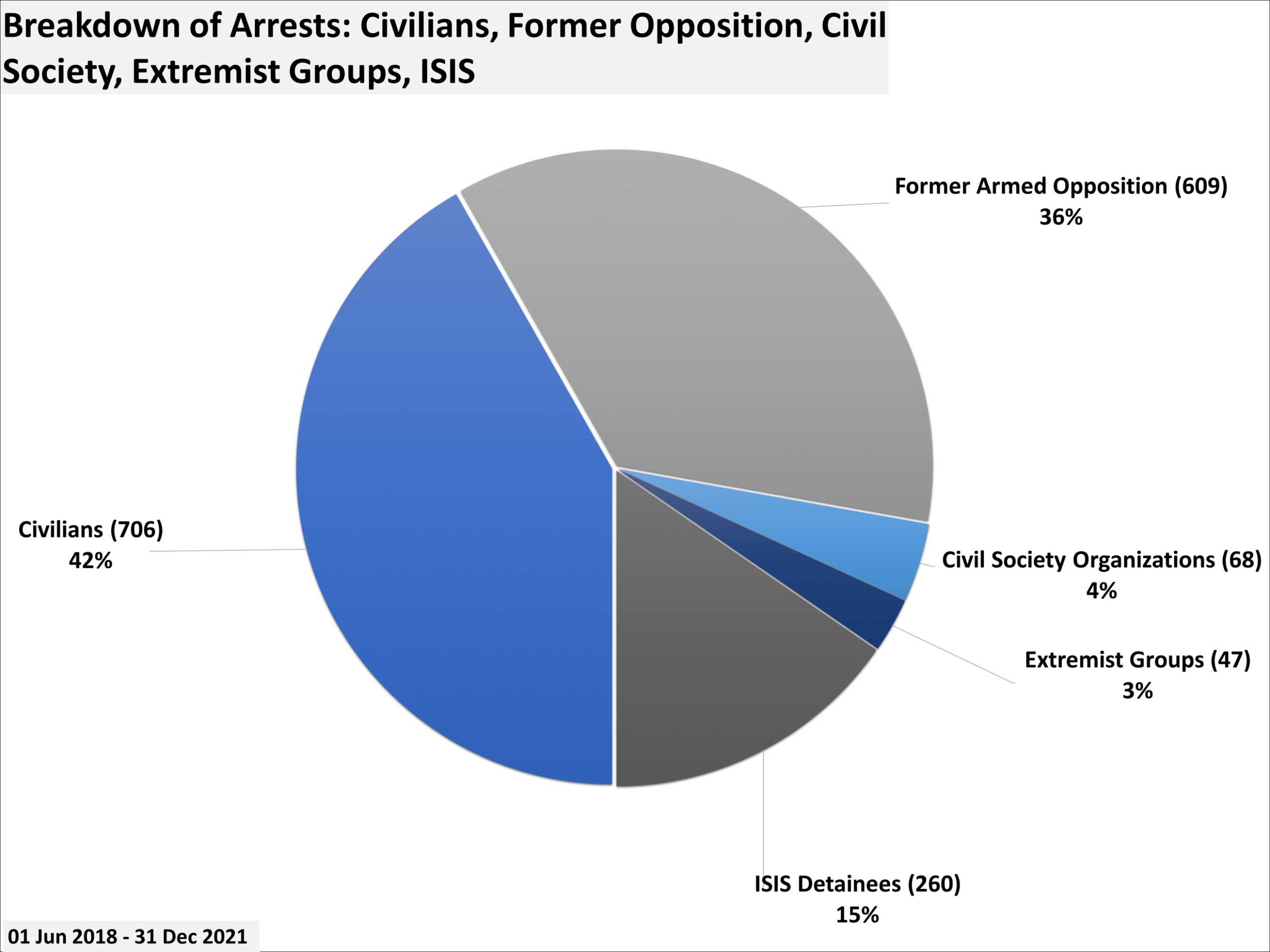 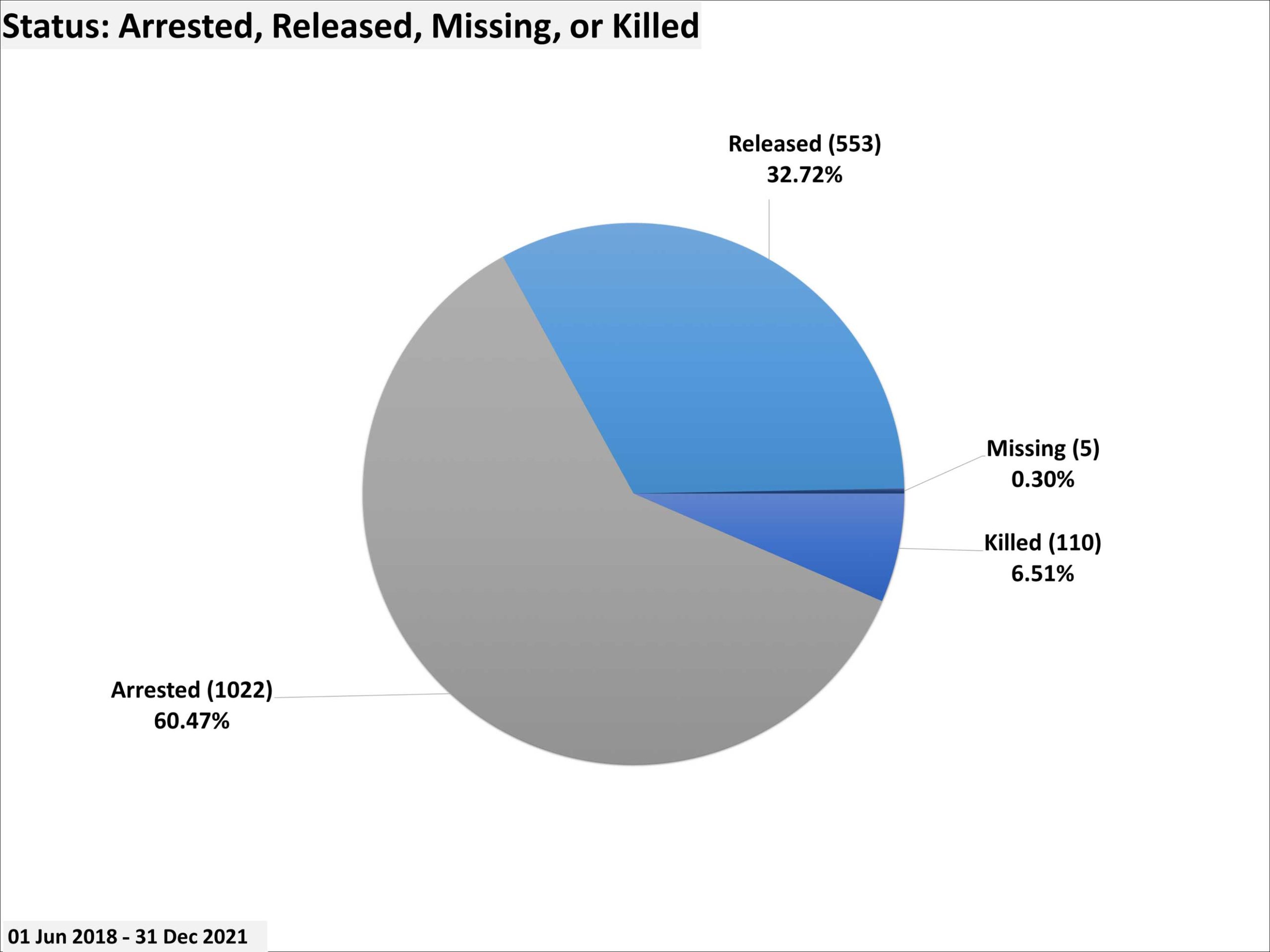 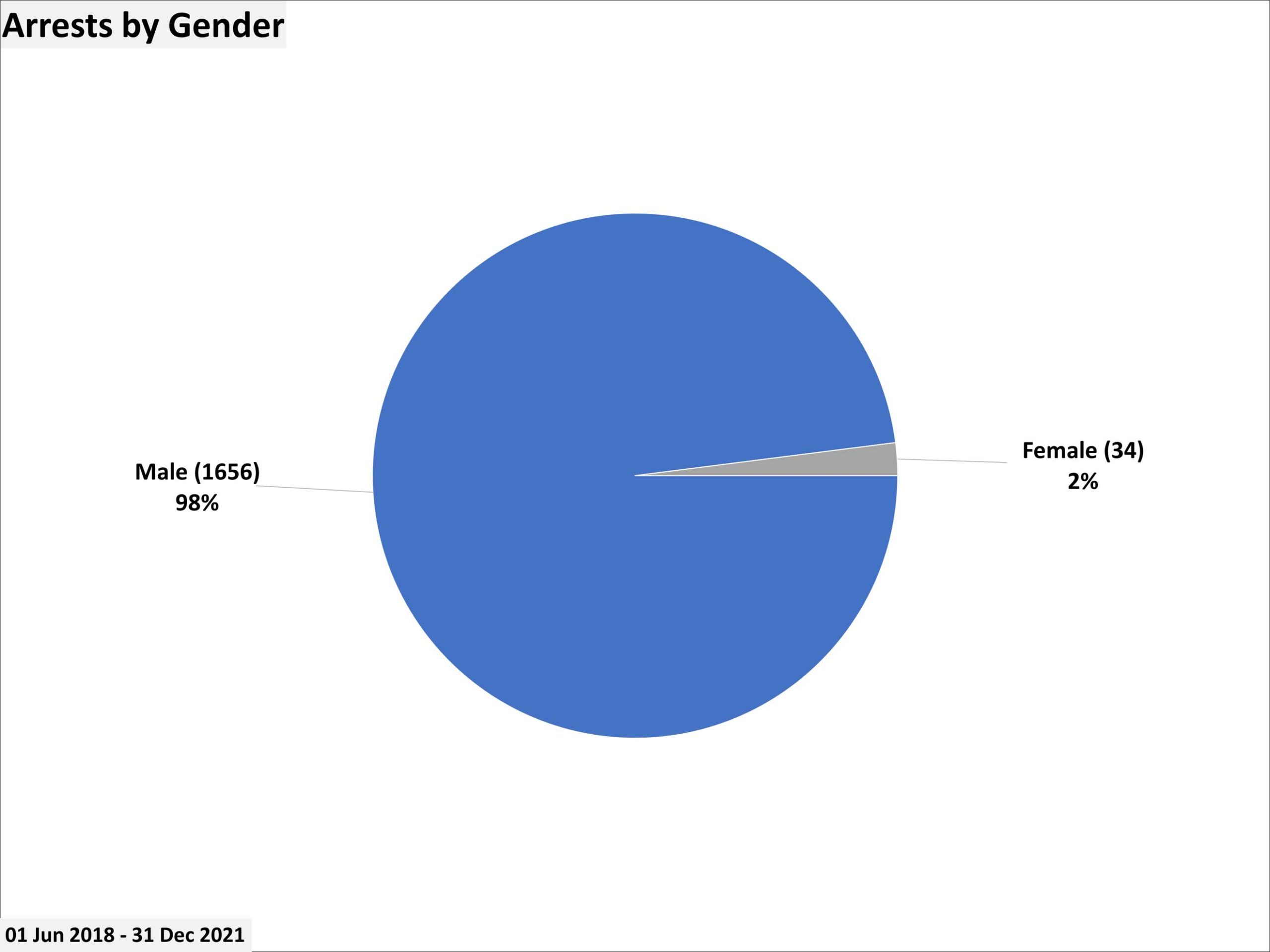 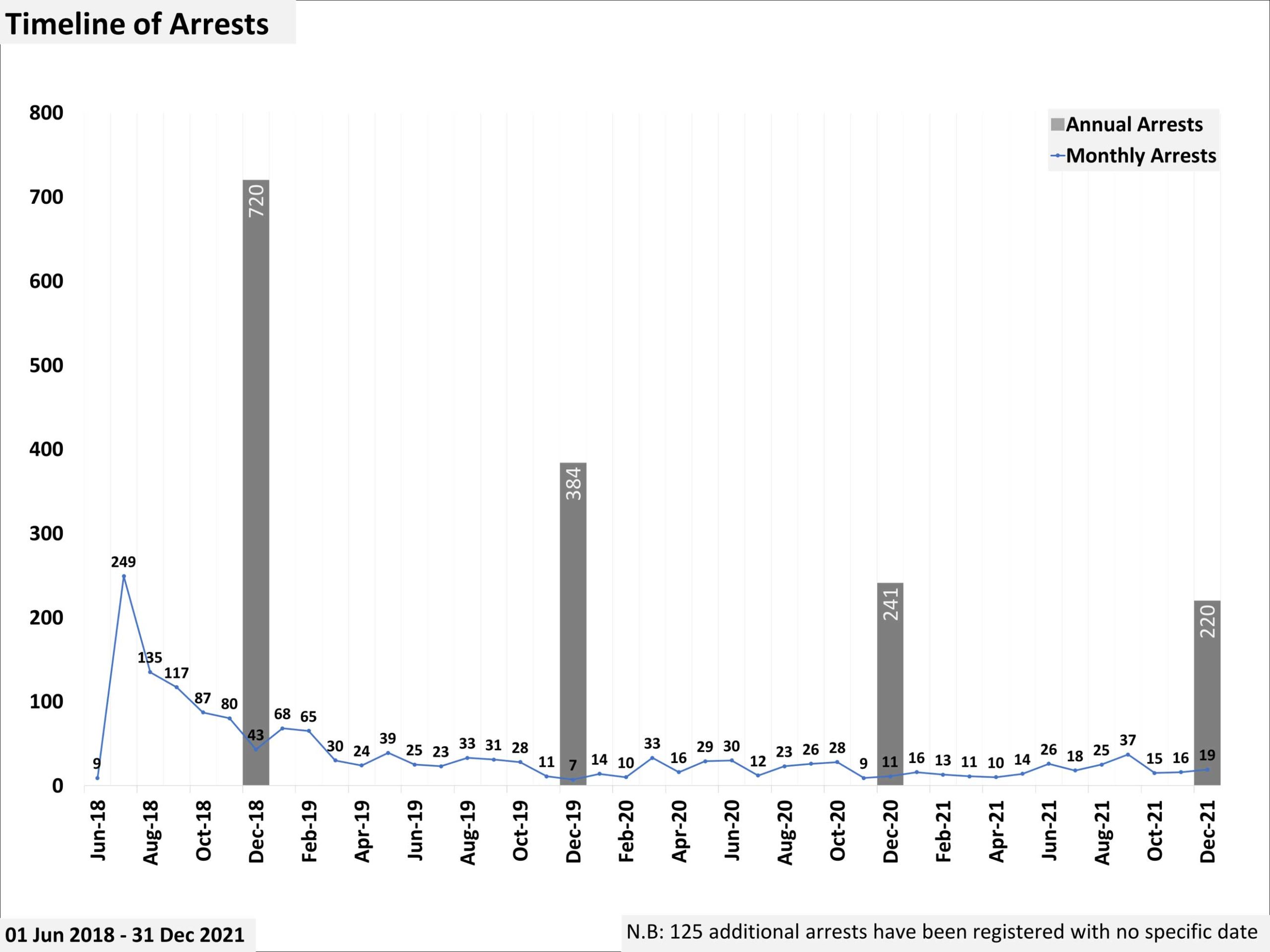 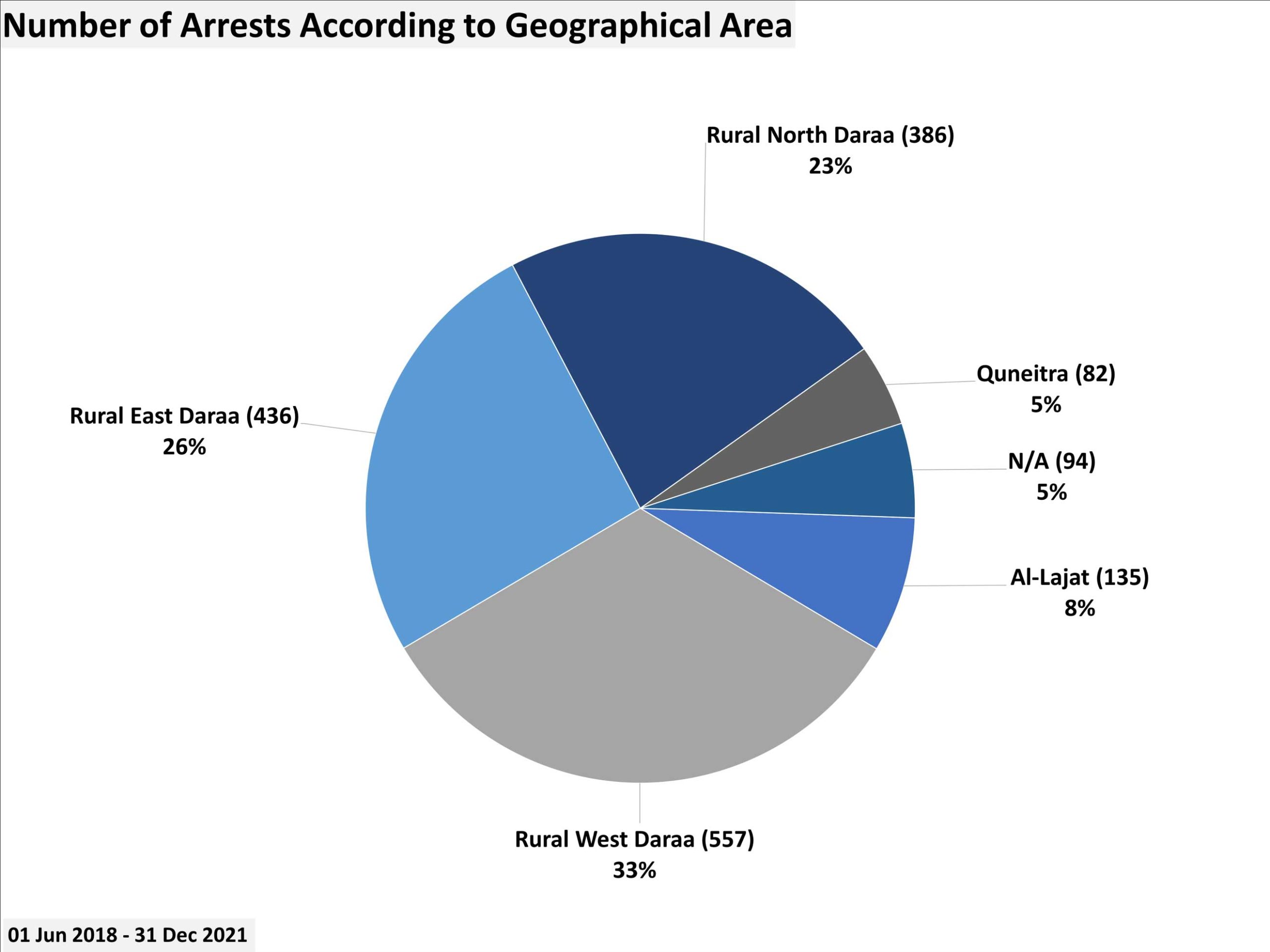 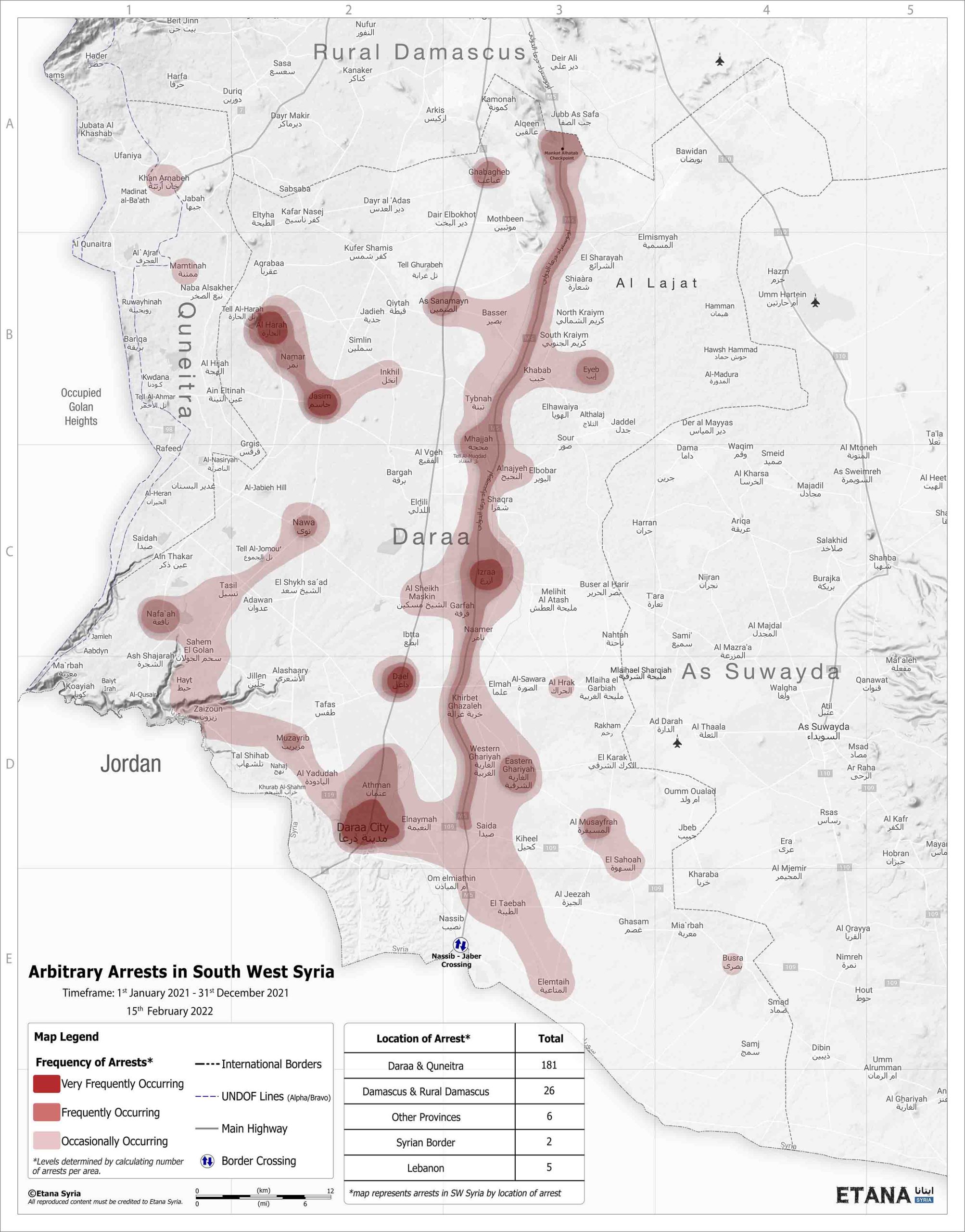