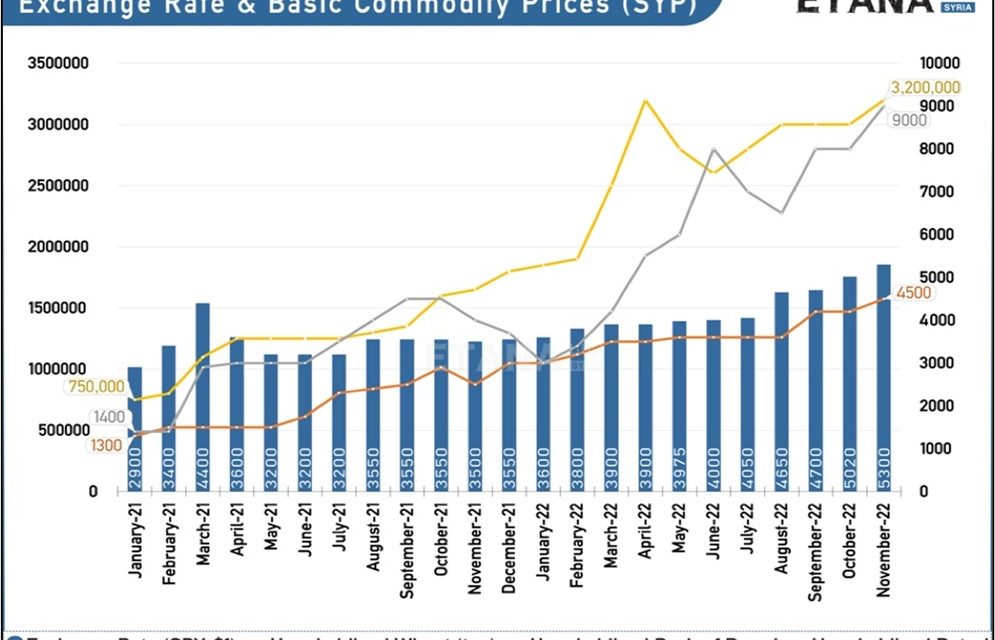 The Syrian regime announced its draft budget for 2023, which reiterated the regime’s intention to press on with aggressive austerity measures into the next year. Perhaps most significantly, allocations for subsidies, which have been a lifeline for many Syrians throughout the ongoing economic crisis, will be reduced by 40 percent next year while subsidy cuts for this year have continued in the meantime. With fuel allocations being further reduced and no indications of subsidies for vital agricultural inputs, many farmers are already unable to afford to plant strategic crops such as wheat and barley during the current season. At the same time, public sector salaries are expected to increase next year based on allocations in the draft budget, but they will remain insufficient to meet the skyrocketing prices for basic goods. Widespread resignations and absenteeism among public sector employees continue to further undermine already suffering essential services, such as health and education. In many areas, the regime has pushed communities to find local solutions to resourcing these services, often through fundraising efforts from the Syrian diaspora. While Syria’s economy rapidly deteriorates, the Assad regime relies on longstanding malign and predatory tactics to entrench itself. Rather than taking overt steps to demonstrate good-faith efforts to manage the country’s economic decline, the Assads are instead consolidating their control over Syrian business, extorting and pushing out the country’s traditional business elite and driving capital flight that would have been instrumental for local recovery efforts. 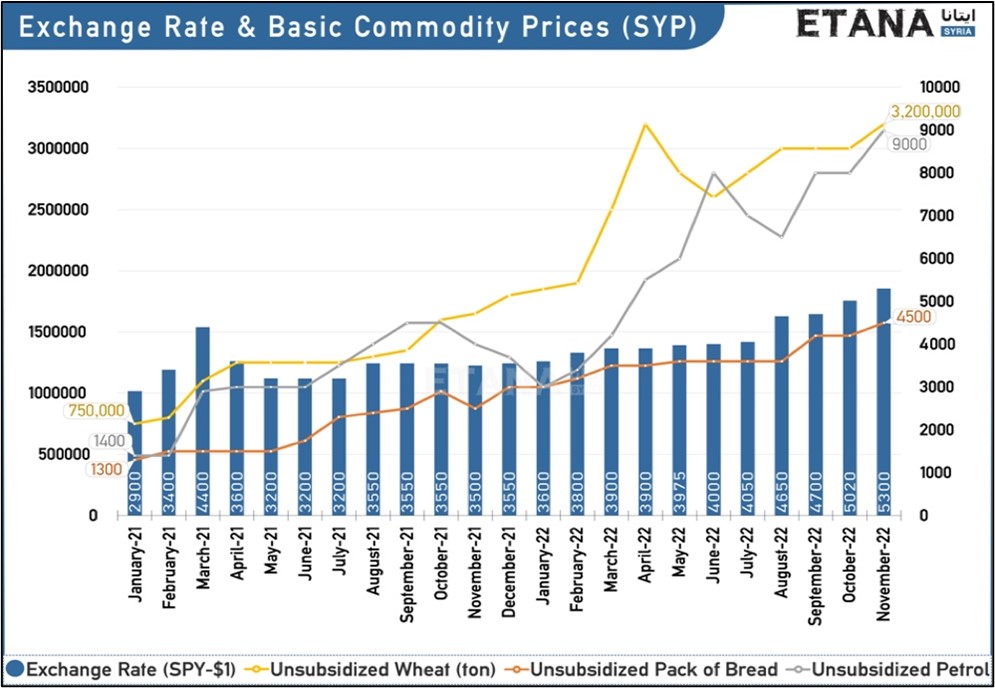