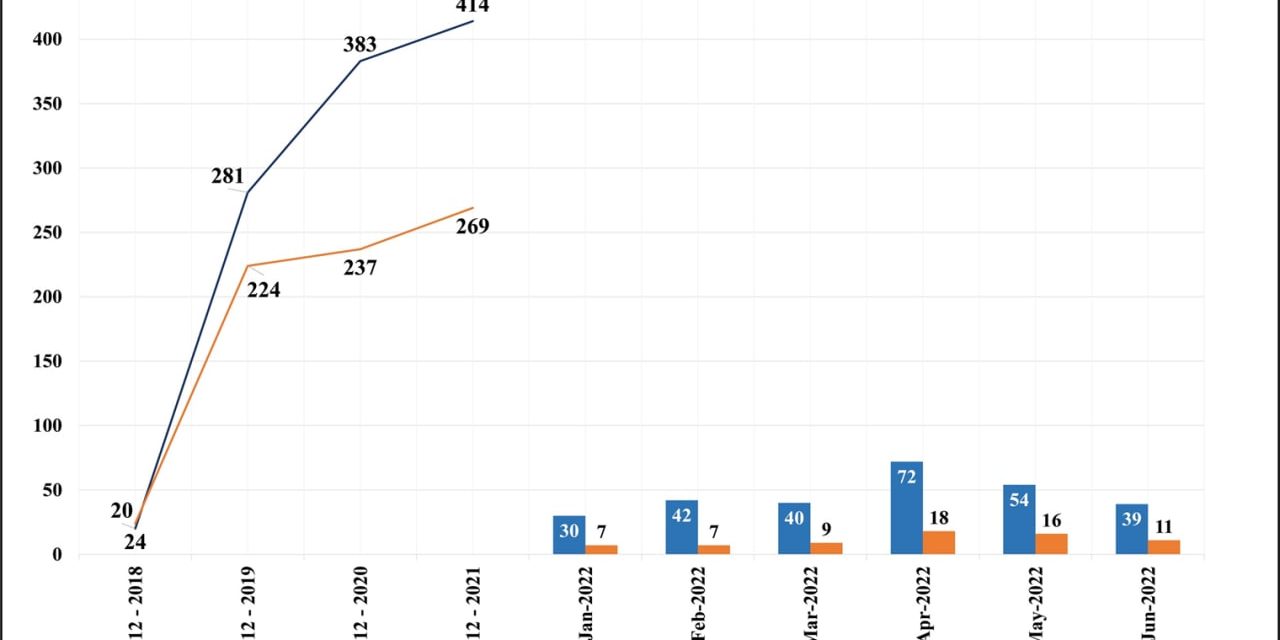 To date, 277 assassinations and 68 attacks have been carried out in south Syria since the beginning of 2022. Of those, 165 assassinations and 45 attacks occurred between April and June, indicative of the growing chaos and violence plaguing south Syria. Assassinations, rather than attacks, experienced a major increase during the second quarter of 2022, pointing to the ease with which targeted killings can be carried out in the area. Whether motivated by local grievances, personal disagreements or contracted hits against specific individuals, assassination operations have become the means to deal with matters in the south. Rising numbers of assassination operations targeting regime and Hezbollah-affiliated figures have made the regime uneasy in the south and led to the regime threatening military escalations against restive local communities in recent months. However, within this chaotic security environment, it is becoming increasingly difficult to discern either the perpetrators or motivations behind the violence. 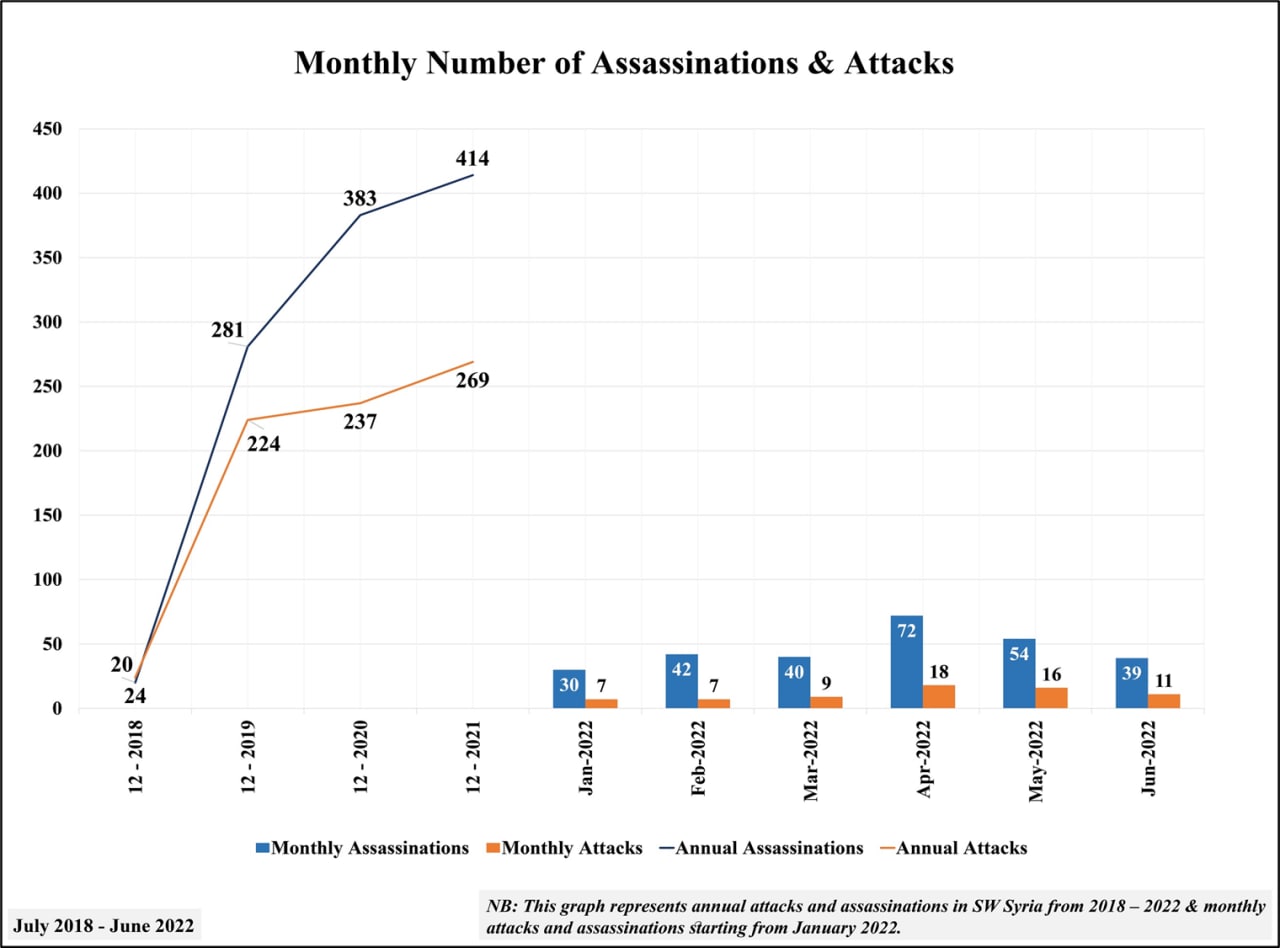 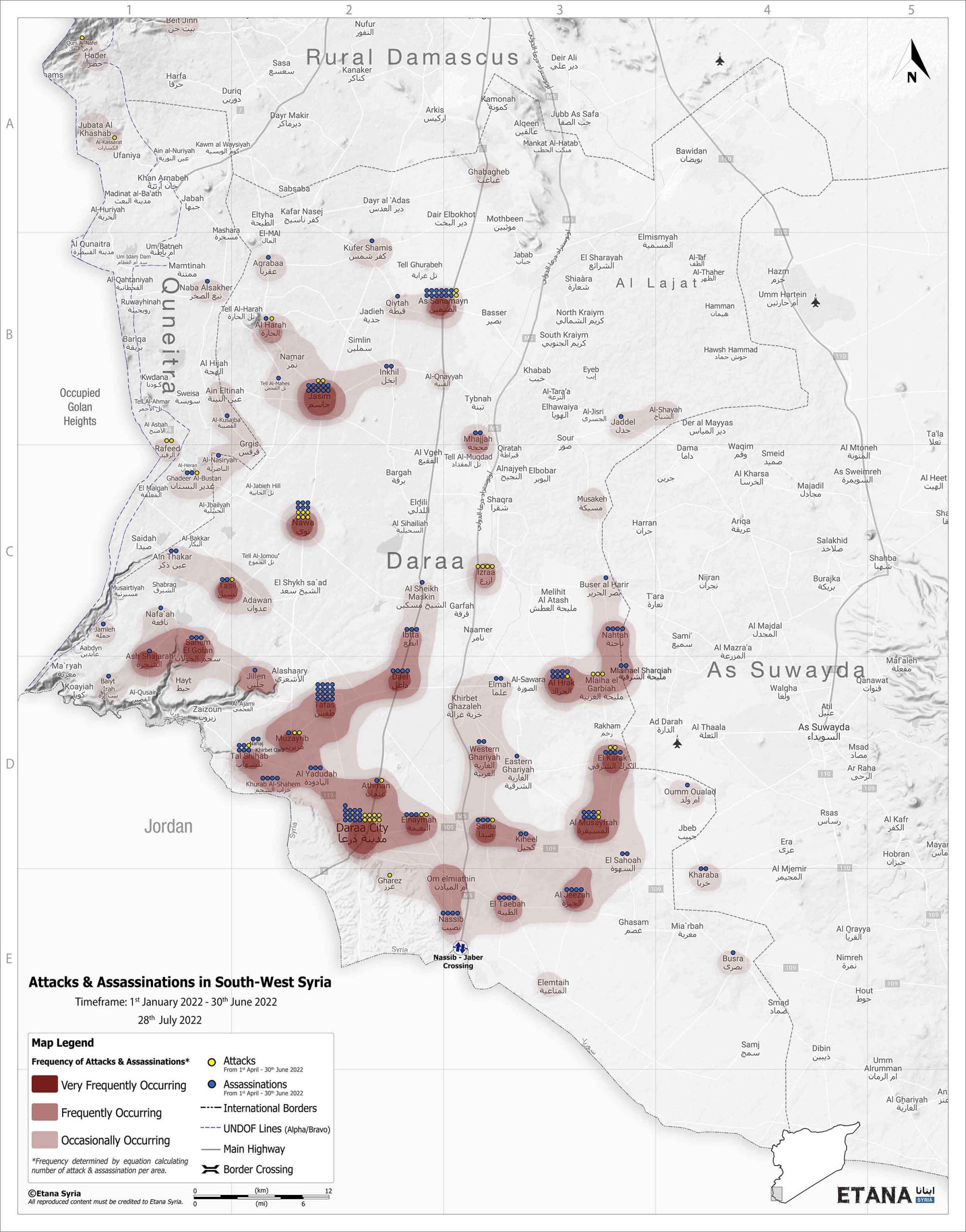