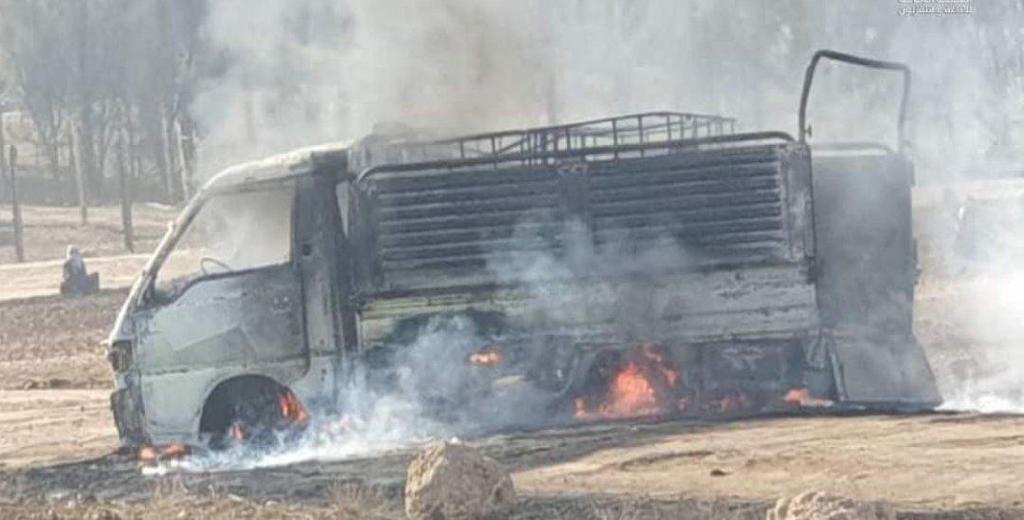 As regime-held Syria descends deeper into economic paralysis, driven by severe oil shortages, exports of crude supplies in the north-east have become increasingly critical to fill shortfalls in regime areas.

The sector’s rising importance has been underscored by a sharp rise in ISIS attacks in recent weeks, with the radical group increasingly targeting oil infrastructure, alongside members of the Syrian Democratic Forces (SDF) and regime forces. In two operations, ISIS cells targeted a privately operated oil well with explosive devices near the village of Ruwaishid in northern rural Deir Ezzor, and later struck three buses carrying oil workers to the al-Taym oil field in the Badia, killing 10 engineers and field technicians (13.12, 30.12).

Additionally, the growing importance—and profitability—of black market oil smuggling has served as a catalyst for greater political dysfunction and conflict in north-east Syria. For days in late December, a string of at least a dozen towns along the Euphrates River, dominated by the al-Baggara tribe, erupted into violent demonstrations and shows of defiance against the SDF. This explosive anger was nominally in response to an alleged kidnapping incident of a girl by the brother of Deir Ezzor Military Council commander Abu Khawla, a local power broker.

However, the key demand of protestors has in fact been the creation of a new al-Baggara council in the area. This would allow tribal leaders to control and reap windfall profits from rampant oil smuggling through Deir Ezzor, which is currently dominated by Abu Khawla and his forces.

The acceleration of the current fuel crisis in regime-controlled Syria has been months in the making. In November, Tehran suddenly reduced the flow of its discounted oil exports to Syria sharply from 118,000 barrels per day to 57,000, setting off a supply shock as well as explosive price increases for both the regime and civilians. The shortages prompted a rapid shutdown of most Syrian industry, shuttering public services and sending the country spiralling into its most acute phase of financial crisis yet.

While oil shipments from north-east Syria rarely total more than 20,000 barrels per day, the collapse of Iranian exports has suddenly placed domestic crude production at the center of regional geopolitics.

Since late November, Turkish forces have ramped up attacks against the SDF and a range of infrastructure targets across the region—chief among them, oil fields and facilities. Self-Administration officials report that at least 14 oil production sites have been damaged by Turkish missiles and UAV attacks, mostly concentrated in Hasakah province in the areas of al-Qahtaniyah, al-Malikiyah and Rmeilan. With domestic production dwindling as a result, crude shipments have slipped to around a third of flow levels from several months ago. At present, no more than 30 to 40 oil tanks a day are crossing into regime-held territories.

As a result, black market prices have exploded, setting off new destabilizing tribal conflicts and a scramble for control. Spontaneous outbursts of protest roiling al-Baggara-dominated towns along the Euphrates River, in addition to the tribe’s rising demand for their own tribal council, are a symptom of this development, as lucrative oil smuggling assumes its place as a key pillar of the regional economy.

This week (16.1), Iran announced the complete halt of its discounted oil swap system with the Syrian regime, whereby the Assad regime has been able to purchase incoming shipments on credit. The changes would mean that imported fuel costs would nearly double to $70 per barrel, forcing the regime to pay in advance for Iranian shipments as public finances have crumbled.

The development means that black market prices are set for another surge, and that limited production in north-east Syria will become an even more indispensable lifeline to the regime in the weeks ahead. This portends further instability, as oil infrastructure becomes an even more enticing target for Turkish forces and the lucrative smuggling industry increases in value.

This shift has not escaped the attention of ISIS either, which is certain to ramp up attacks against oil workers and production sites, seeking ways to destabilize the Self-Administration and perhaps financially profit from the evolving situation as well.

A torched diesel smuggling vehicle captured during a SDF raid in the village of Khirbet Jaddou, north of Qamishli (9.1).