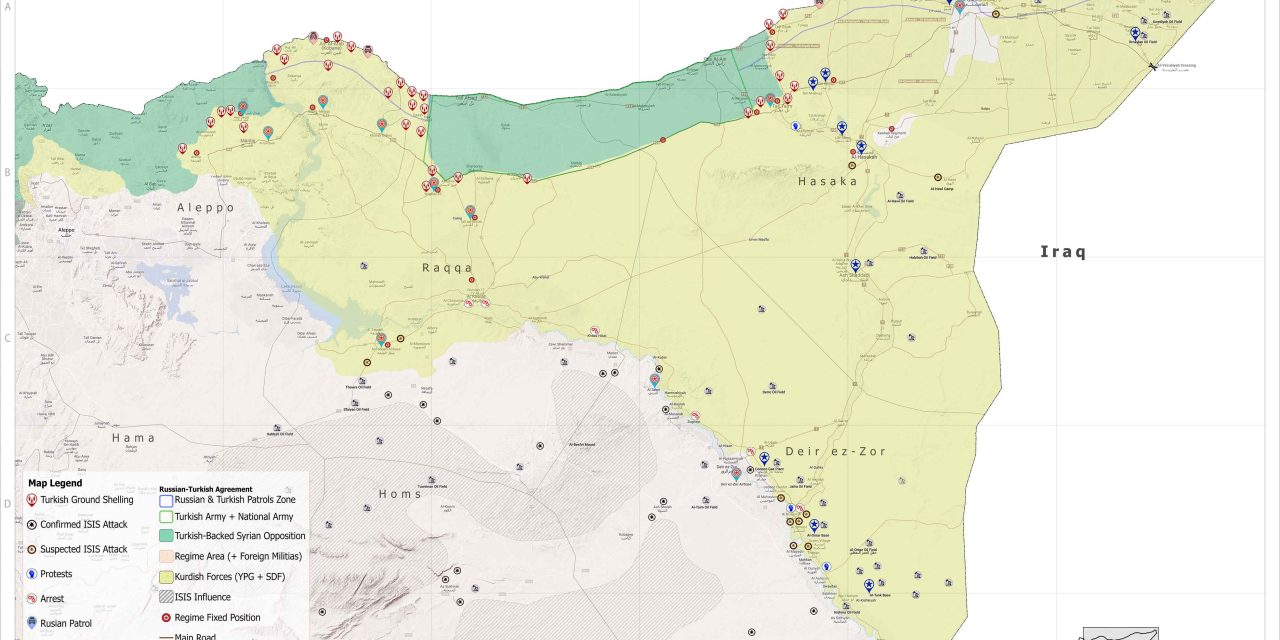 The boldness and frequency of ISIS attacks continues to accelerate across all regions of northeast Syria, with the Syrian Democratic Forces (SDF) and regime forces both facing a rising deluge of deadly attacks from emboldened extremists. ISIS leaders announced the start of a major offensive on the group’s official channel in early October, which they have named “Operation Badia Revenge,” while the regime simultaneously deployed its National Defense Forces militia into the Badia desert area east of Homs for its own anti-ISIS operation. The subsequent weeks have witnessed some of the bloodiest battles against the group since the International Coalition routed them from their self-declared caliphate in 2019, resulting in the death of dozens of regime troops due to ISIS attacks in the past month. The SDF has also suffered growing numbers of casualties, and ISIS increasingly shows an ability to exert new political and social influence across the region unlike anything seen in recent years. Using threats and extortion, the group has pressured local Self Administration officials to distribute UN-provided aid to specific families and villages across Deir Ezzor province. Civilians who fail to cooperate or pay off ISIS cells also find themselves facing retribution from the group, with at least half a dozen bombings and armed attacks directed against businesses and private individuals in October. 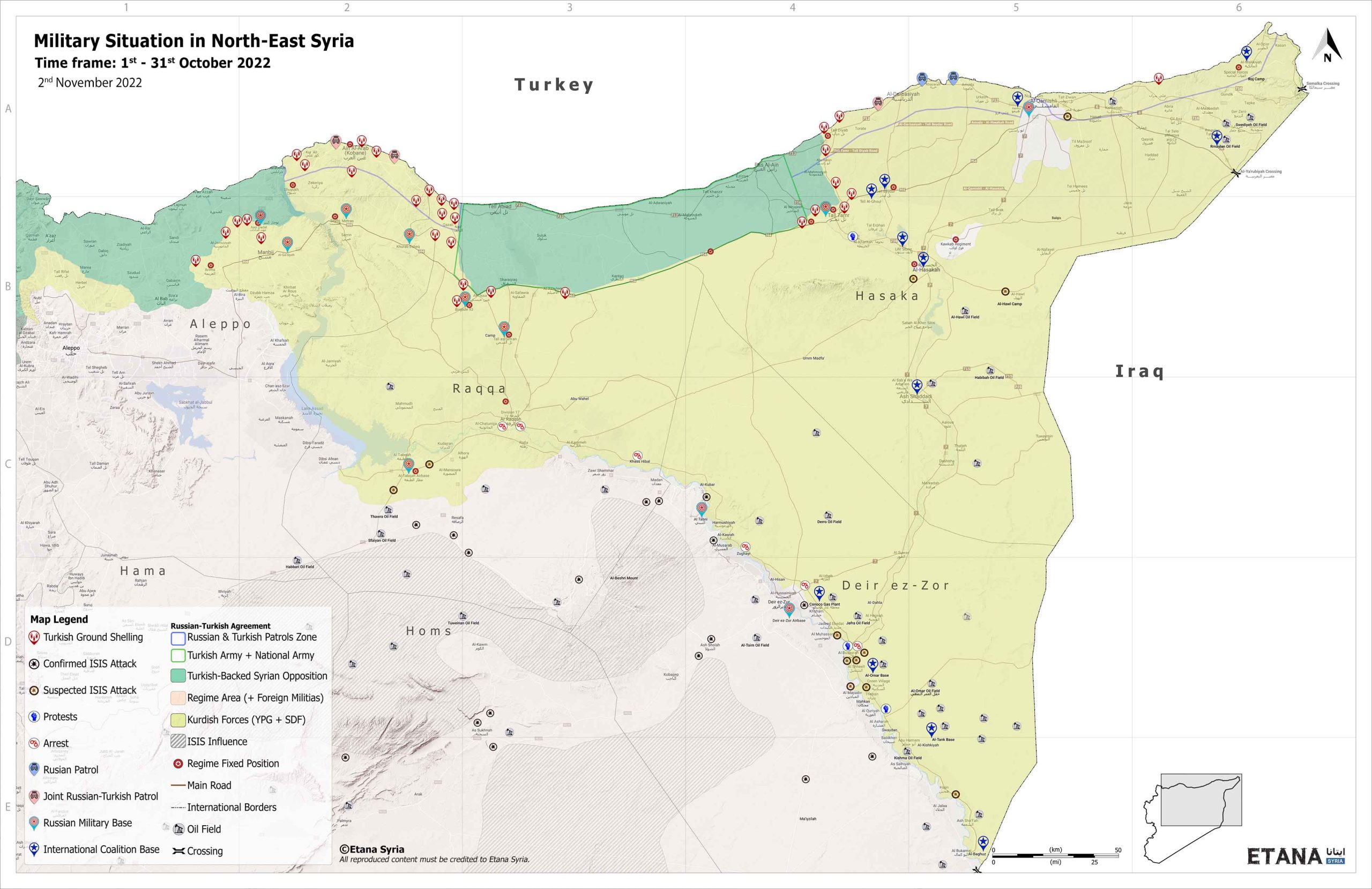