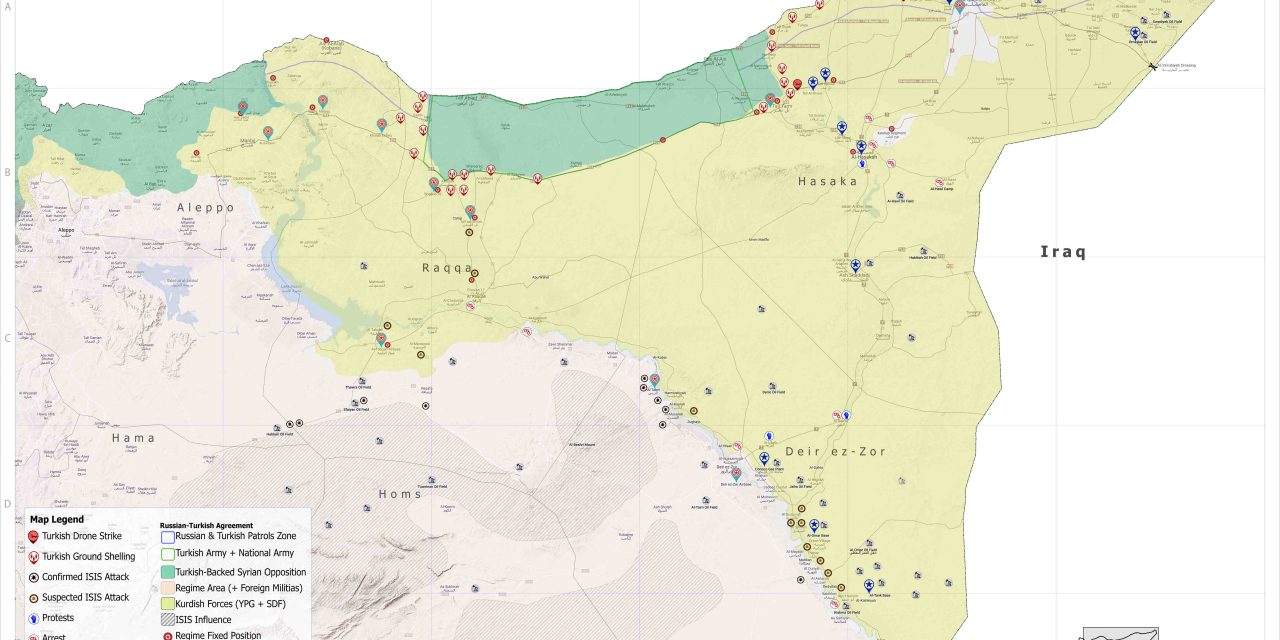 The Syrian Democratic Forces (SDF) is in desperate need of additional fighters, as it struggles to reinforce vulnerable positions along its northern territorial border with Operation Peace Spring areas, amidst the continued threat of invasion from Ankara and intensifying daily shelling from both Turkey and its proxy forces in the region. This shortage in manpower is accelerating a surge in forced recruitment by the SDF, which has detained growing numbers of young men at checkpoints. This practice is also prompting a fierce backlash from families who are increasingly leading protests against forced recruitment and arbitrary detention, primarily of men, in SDF prisons. This along with deteriorating living conditions is compounding anger against the group, and strengthening protest movements by other segments of society, such as taxi drivers targeting corruption within the fuel administration, and tribal constituencies that fear the SDF’s perceived drift towards closer cooperation with the Assad regime. 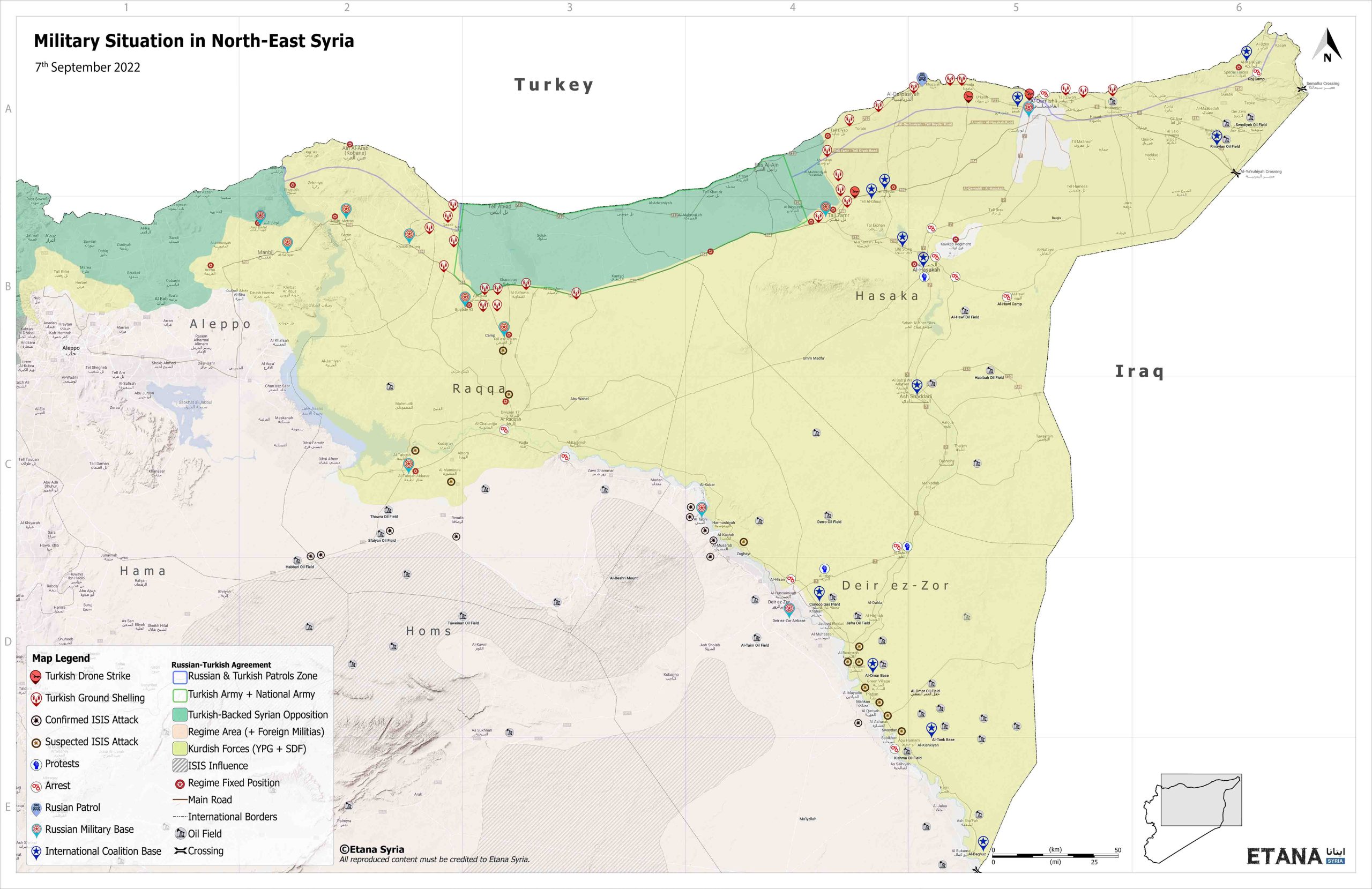