While attacks attributed to ISIS have continued across the region, the Iranian Islamic Revolutionary Guard Corps (IRGC) has emerged as a major target for these operations in the past two weeks. Iranian patrols recorded at least eight deaths from suspected ISIS attacks, which took the form of both armed ambushes and IED traps. Tensions have also emerged between the IRGC and militia groups backed by the Syrian regime, as witnessed by armed clashes that broke out between the Iranian-backed Fatemiyoun Brigade and the National Defense Forces (NDF) militia last week on the banks of the Euphrates in Madan, with the clashes following a Russian strike that killed several Fatemiyoun members at a nearby location. 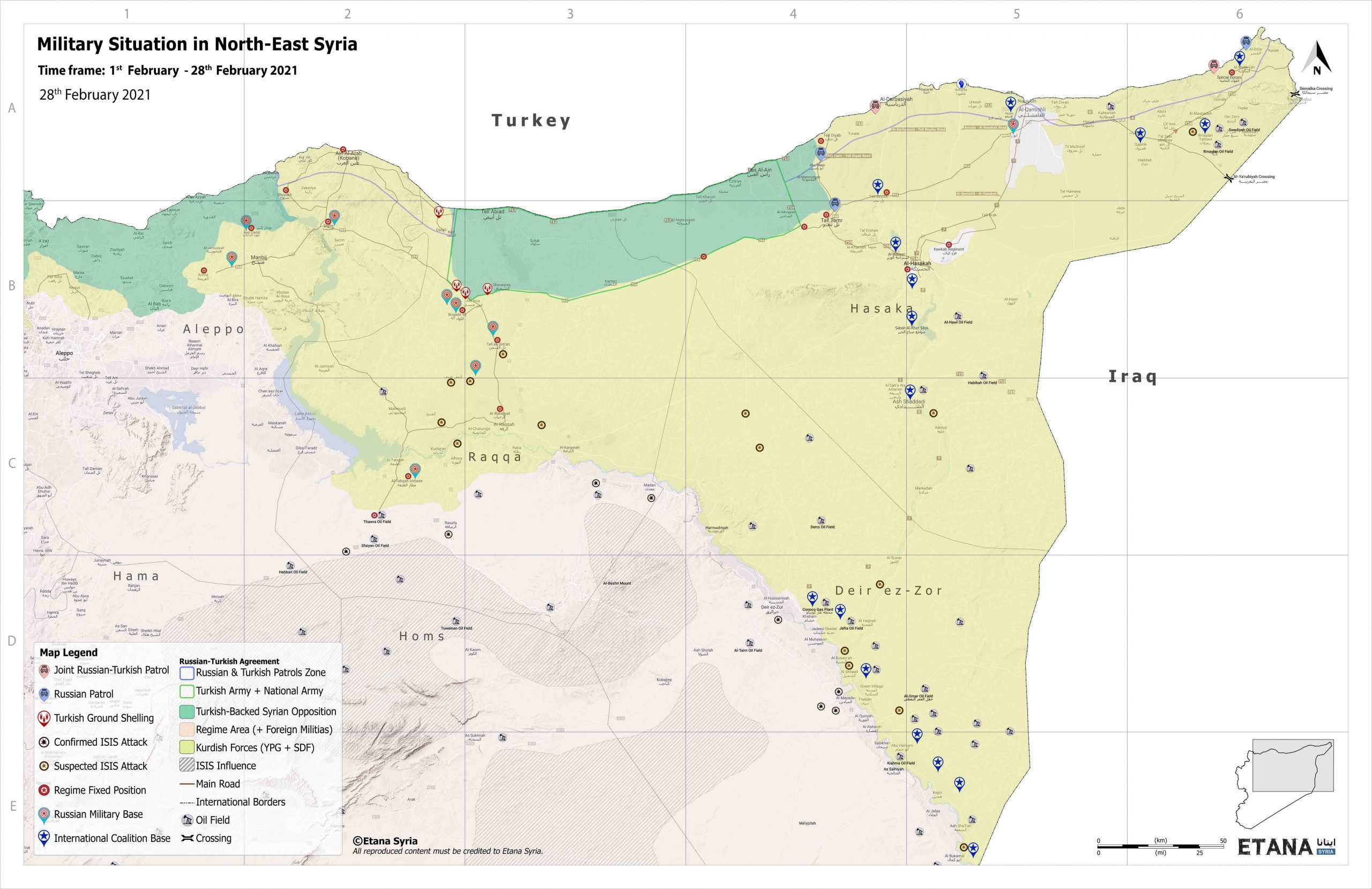