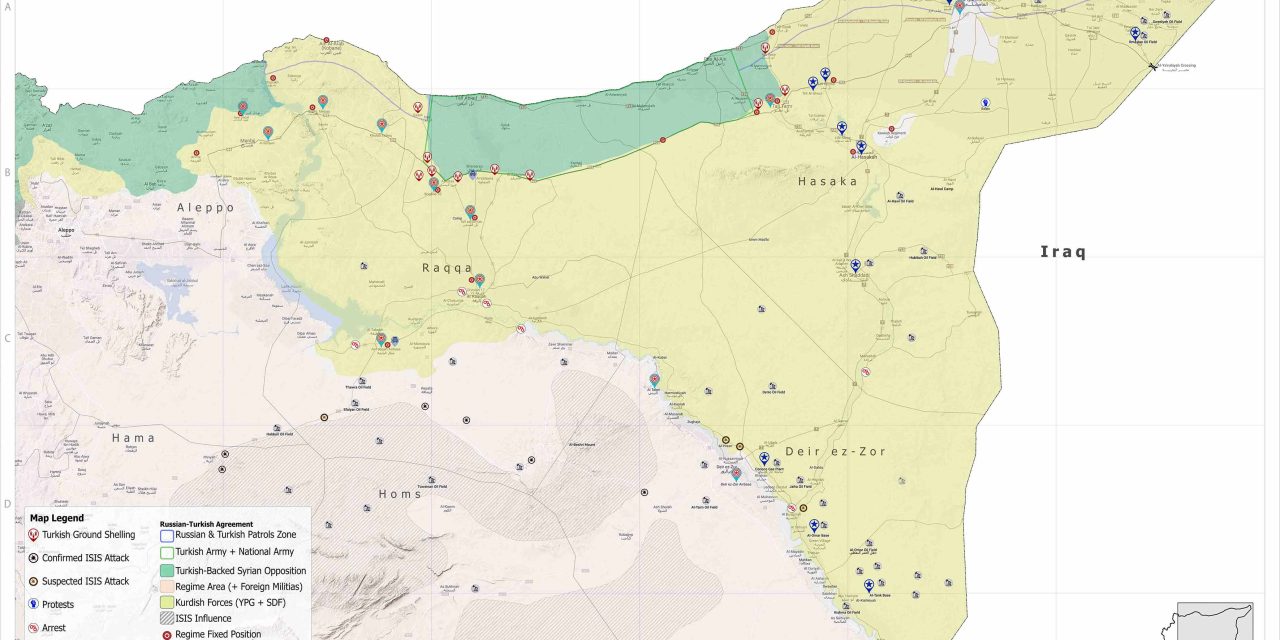 While tensions remain high along border regions, the threat of an immediate military operation by Turkish forces and their allied militias into Syrian Democratic Forces (SDF) territory appears to have receded for the moment. Groups comprising the Turkish-backed Syrian National Army (SNA) are stepping back from a war footing, with many soldiers allowed to return to their homes and normal lives in recent weeks. However, invasion plans appear to be on hold for the time being, and the pause should not be read as a larger policy shift from Ankara. The threat of war with Turkey is one of many factors adding to an atmosphere of growing political repression in SDF-held areas. With economic conditions in north-east Syria rapidly deteriorating, the SDF have adopted increasingly draconian measures to clamp down on domestic dissent and silence protest as threats to their authority mount on all sides. Over the last few weeks, security forces have shown an increased willingness to pursue individuals for social media posts, even detaining civilians for commenting on Facebook about the declining quality of local bread, while launching waves of arrests across every province under Self Administration control. Officials have also issued a new circular that places rigid restrictions on the transport of grain across provincial lines, backed up by a new array of punitive measures to target smugglers. The potential of these moves to spark a larger backlash against SDF governance constitutes another factor adding to uncertainty in the region. 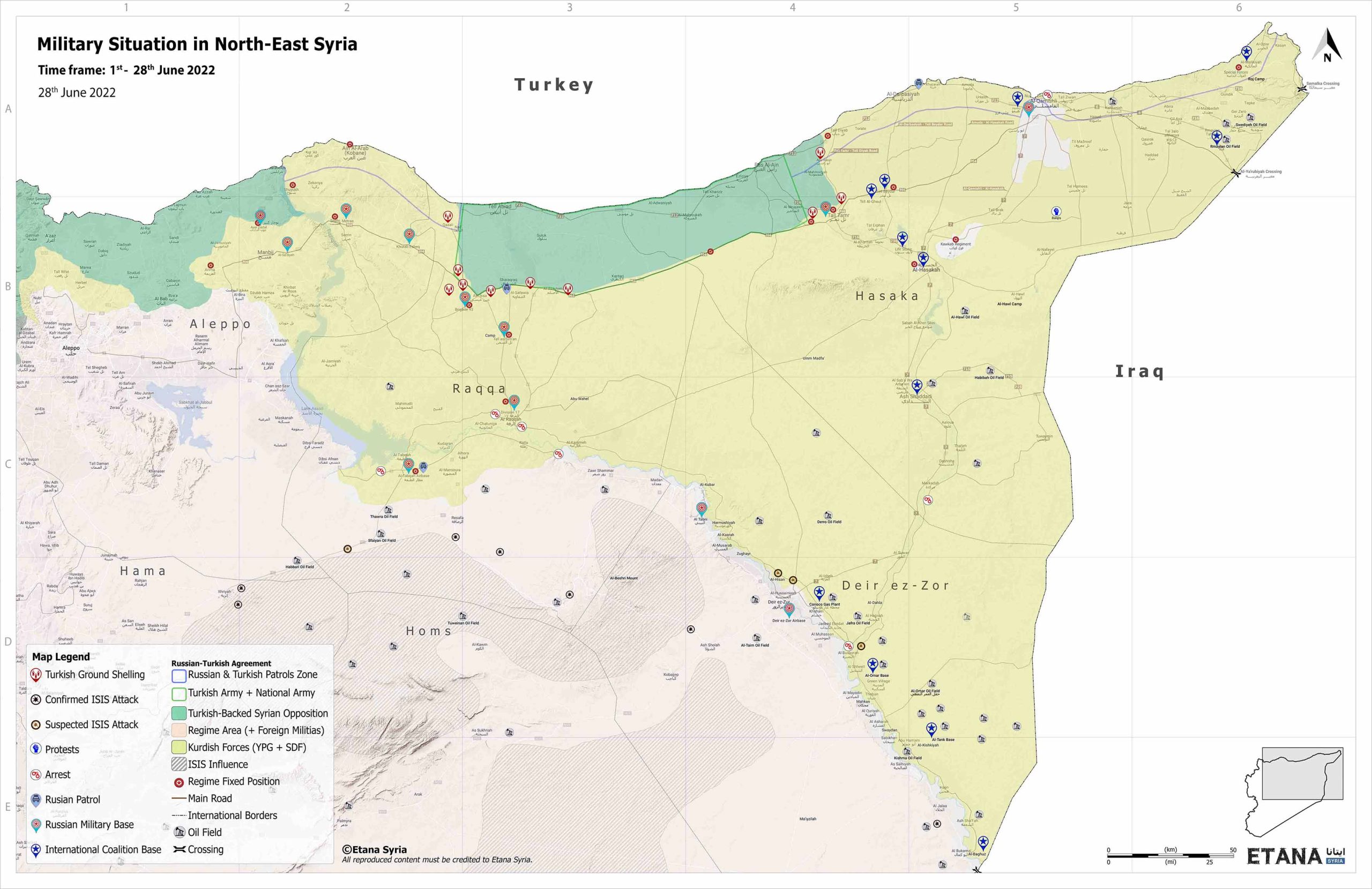