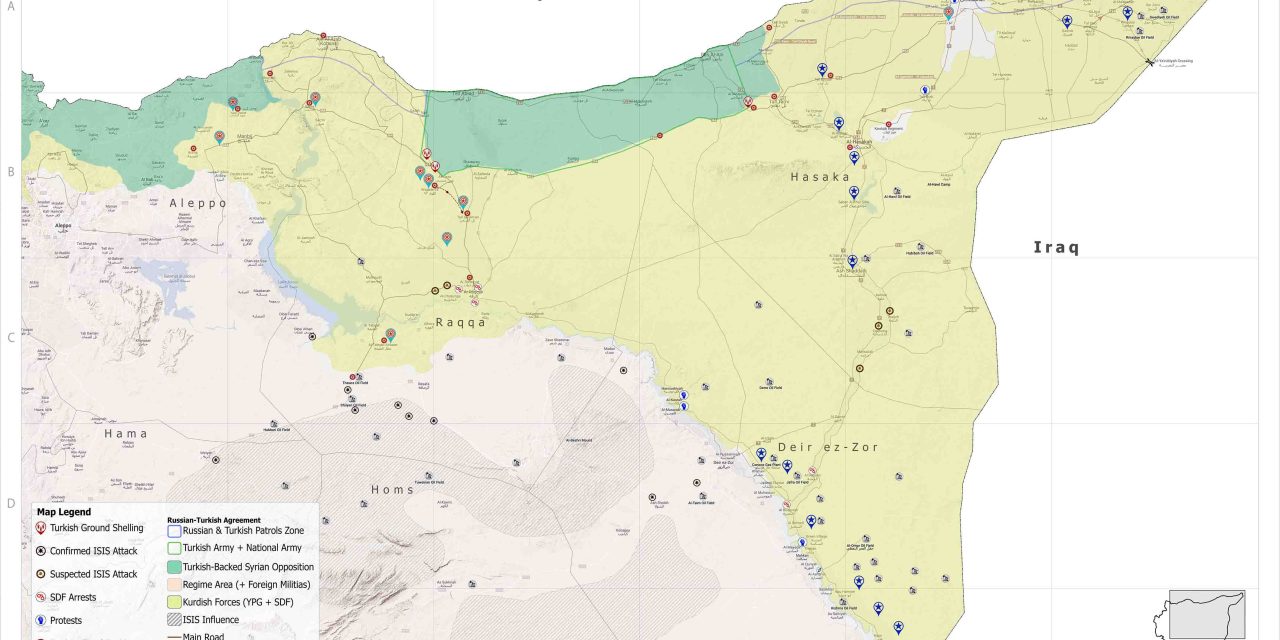 Asignificant push for repatriation and release of residents from the al-Hol and a-Roj displaced persons camps began in October, with both international and local efforts underway. Swedish, German, Danish and British delegations took custody of nearly two dozen relatives of ISIS fighters, most of whom children born to ISIS-member parents. ISIS continues to be a significant and persistent threat to both the SDF and the regime in north-east Syria, with deadly attacks by presumed ISIS cells frequently striking units and positions in Raqqa, Deir Ezzor and Hasakah provinces. Although a Russian-led campaign against ISIS has continued for months, the persistence of ISIS attacks underscores both the difficulty of securing the region from extremist groups and the ineffectual nature of the regime and Russia’s campaign.